“Why the death of Windows XP is important for web design”

On the 8th of April 2014 we hit a modern milestone. The operating system we all learned to love has been tossed away by Microsoft. Finally, after 13 years, the updates have stopped (publicly). If we ignore the fact the British government is paying Microsoft £5.5 million to carry on providing updates for public services for another year, then we can accept it as dead. 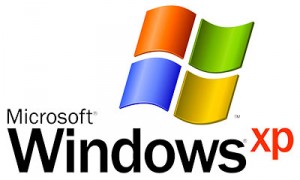 But why has it stuck around for so long? There have been 3 more versions of Windows since XP and yet more than 29% of all PC’s were still running it at the end of 2013, according to Net Applications data. Even most cash machines are based on XP! The main reason is it’s ability to run on reasonably outdated computers. Companies who want to upgrade, will in all likelihood, need to upgrade their hardware too, costing them money they might not have.

The problems with XP

When XP was first released it came with the truly hideous Internet Explorer 6, which is fairly useless at displaying a modern website, not to mention the severe security holes it still has. Remarkably 4.4% of internet users still use IE6! Even Microsoft have admitted that it has no place in a modern internet, with it’s own website ie6countdown.com trying to help educate users and rid the net of it’s presence.

Internet Explorer 7 came 5 years after IE6, with the release of Windows Vista. It finally supported PNG’s with alpha channel! It was also more secure, faster and supported more CSS properties. IE7 showed that Microsoft were finally listening to developers calls. IE7 is still in the IE6 camp of hate from developers, although luckily it’s market share is so low it’s barely worth considering. Due to the difficulty faced with developing websites that display ‘satisfactorily’ on IE6 and IE7, many developers have either ignored the users on these browsers or have taken matters into their own hands.

Hello IE8. Released 2 years after the release of Internet Explorer 7, due to increased competition from more supported, modern browsers from the likes of Mozilla Firefox and Google Chrome. IE8 was a huge leap forward, and was the first Microsoft browser to actually score anything on the Acid2 capability test (albeit only 20/100). This showed increased support for CSS properties, and reigned in Microsofts own properties which never conformed to any web standards.

HTML5, CSS3 and Media Queries are new(ish) kids on the block in modern web design. Even simple things such as a box shadow can now be easily rendered in the browser, along with things such as rendering a website perfectly for a specific resolution of screen (mobiles and tablets). The benefits of HTML5 and CSS3 over older standards are clear to see, by just looking around the internet today, you can even create full games in HTML5!

Herein lies the issue with XP and IE8. HTML5 and CSS3 began being supported on Internet Explorer 9 (even though it wasn’t full support). This mean’t that unless the XP user base knew that they should update to a modern browser like Chrome or Firefox, then their web browsing experience was hindered. In a strange way, Microsoft not letting the new Internet Explorers (9 and 10) run on Windows XP, held back progress of modern web design. Developers are constantly battling to make sure that their website also works on IE8, purely to cover an out of date user base.

So, as you can tell, here at Dessol, we are happy that XP has stopped being supported. Not only will the media hype of Microsoft no longer supporting the OS encourage users and businesses to upgrade to a new machine, it will release them to a something that can actually be called a modern browser. Although not our favourite browsers, Internet Explorer 10 and 11 do a much, much better job as they conform to modern standards, and thus push forward the ability to create great looking websites, which are easy to read, visually appealing and can be viewed on any device. Roll on when we can stop supporting outdated browsers, trust us, the internet will be a better place.